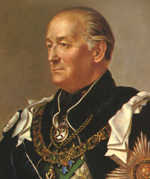 The Right Honorable Lord Charles Hector Fitzroy Maclean, Bt, KT, GCVO, KBE, PC, 7th Lord Maclean, Baron Maclean succeeded to the chiefship of the Clan Maclean upon the death of his grandfather, Sir Fitzroy Maclean, in 1936.1d Lord Maclean assumed his hereditary role as the 27th Chief, 11th hereditary Baronet of Morvern, and 7th Lord Maclean quietly at his home in London.1d Lord Maclean is arguably one of the most influential Scottish Chiefs of the modern era; he became a Privy Councillor, Knight of the Thistle, Knight Grand Cross of the Royal Victorian Order, Knight Commander of the Order of the British Empire, 11th Baronet of Morvern, Life Peer, and Head of the Queen’s Household.1j 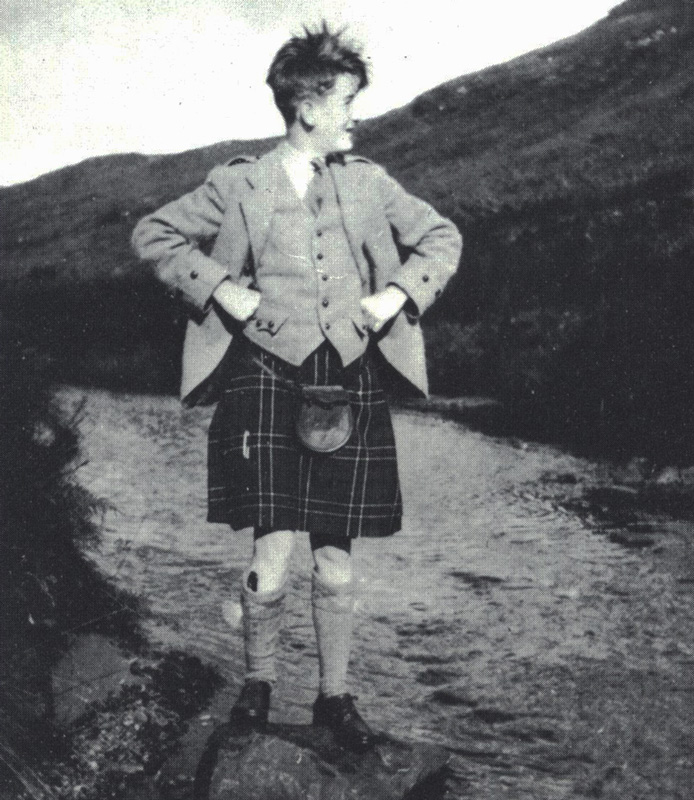 The youngest of three children, Lord Maclean was born May 5th, 19161b in London to Major Hector Maclean and Winifred Joan Wilding1b. At the time of Lord Maclean’s birth, the First World War was only mid-way through and Lord Maclean’s father, who served in the Scots Guards, had established his family home in London.1b Carpenter-Garnier, a regimental friend of Lord Maclean’s father, remarked that baby Charles looked like a Chip off the old block and the nickname Chips stuck.1b With the exception of his grandfather, Lord Maclean would be known simply and affectionately as Chips to those closest to him throughout his life. 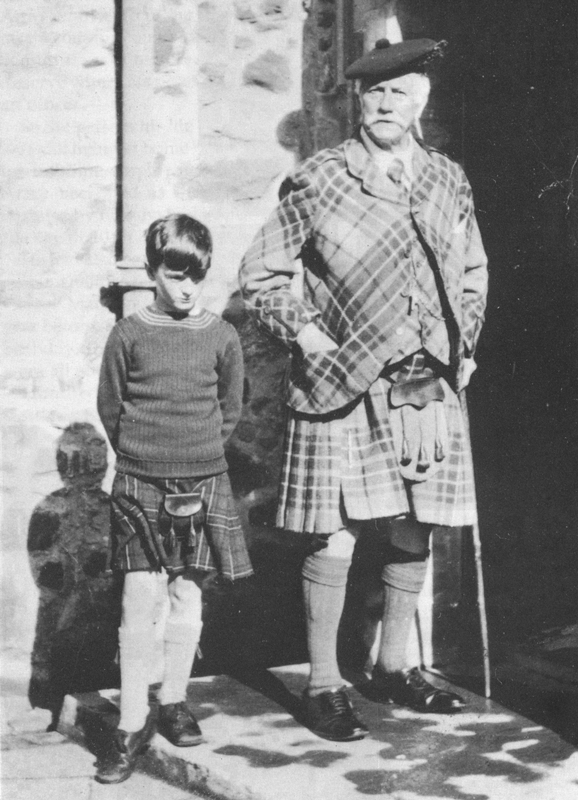 At age 11, Lord Maclean went away to school at Beechborough Park in Kent, then onto public school. Unlike his father and grandfather who were educated at Eton, Lord Maclean’s parents decided the fresh air and country setting of Canford in Dorset would benefit him most.1c

When Lord Maclean was a young man, he joined the Supplementary Reserve, which was the Territorial Army equivalent of the Brigade of Guards. Any young man wishing to obtain a commission in the Guards before the Second World War who didn’t attend Sandhurst was required to be a member of the Supplementary Reserve.1d On the 21st of February in 1936, he was granted a commission in the Scots Guards as a Second Lieutenant.2 He was quickly attached to the First Battalion and began training at the Tower of London which lasted two years.1d 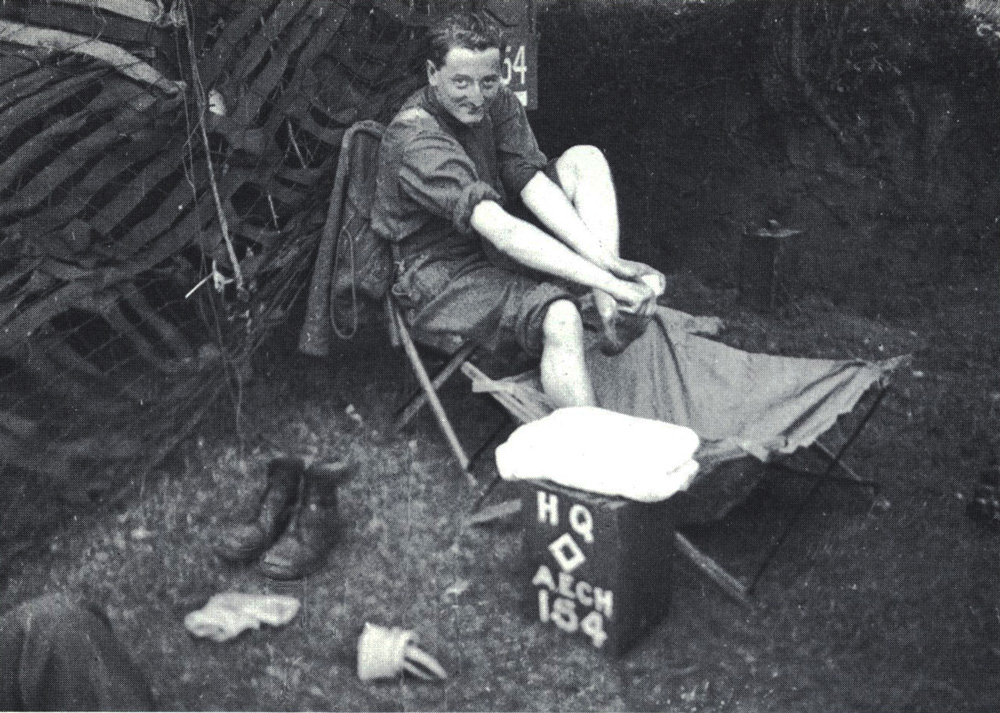 War was declared with Germany on the 2nd of September in 1939 and Lord Maclean’s unit was mobilized not long after. He served in the British Army for 10 years before retiring as a major.1d Lord Maclean took part in the Invasion of Normandy, landing a few weeks after D-Day when conditions had been established to handle the Churchill tanks of the 6th Guards Tank Brigade. Within days of arriving in France, Lord Maclean’s unit would be in one of the bloodiest introductions to the second front at Caumont.1d Most of his service was with the 3rd Battalion of the Scots Guards; by the war’s end, he had fought in France, Belgium, the Netherlands and Germany.

Lord Maclean made a practice of going wherever he needed his men to go. Though he was in charge of a headquarters battalion, he was often seen heading to or from the front lines ensuring the men in the thick of the fighting were well supplied. On one occasion Lord Maclean was posted as Missing Believed Killed while on a scouting mission.1e

On the 22nd of March in 1945 Lord Maclean was mentioned in the Dispatches.1f The citation reads:
Major Sir Charles Maclean Commanded HQ Squadron of the 3rd Tank Battalion throughout the campaign from Normandy to the end of the war. In this capacity it was his duty to bring up the supplies to the tanks from A Echelon. He always came up personally with the Transport and never failed to deliver all that was required in every situation. Even when flooding necessitated the use of amphibious transport, supplies were delivered by him as regularly as usual. His organizing ability and his skillful and energetic leadership contributed very largely to the maintenance of the fighting efficiency of the Battalion.

In an unusual historical twist, Lord Maclean served closely with several other influential future leaders of Great Britain—including Dr. Robert Runcie, future Archbishop of Canterbury and Viscount Willie Whitelaw, future Home Secretary and Leader of the House of Lords.1a Lord Maclean also served with two brothers who were famous cricketers, John and George Mann of the Mann Brewing family; they would become his closest friends.1d John introduced his sister, Elizabeth Mann, to Lord Maclean while they were both training in London. The two quickly fell in love. When Lord Maclean asked Elizabeth’s father for his daughter’s hand in marriage, he gladly granted it but requested that they wait to marry until she was 18. In June of 1941, the Saturday after her 18th birthday, Lord Maclean and Elizabeth Mann were married in the Guards Chapel.1d 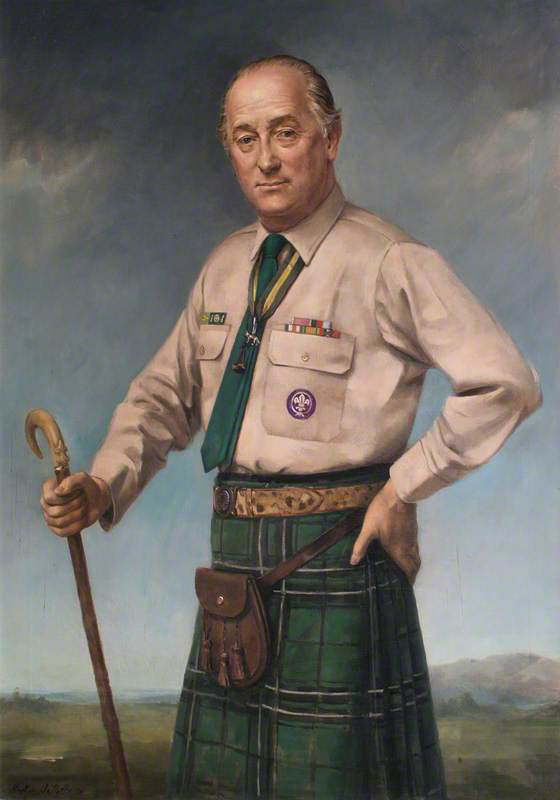 On the 2nd of February in 1949, Lord Maclean resigned his commission and retired from the Army.4 He settled into life as a highland farmer on Mull bringing agriculture, sheep and highland cattle back to the grounds surrounding Duart Castle. Not long after his return to Duart he accepted an invitation to oversee regional Scouts as District Commissioner of the Western Isles. Lord Maclean reluctantly accepted his first public office1g and before long he would the man leading the modernization of Scouting. 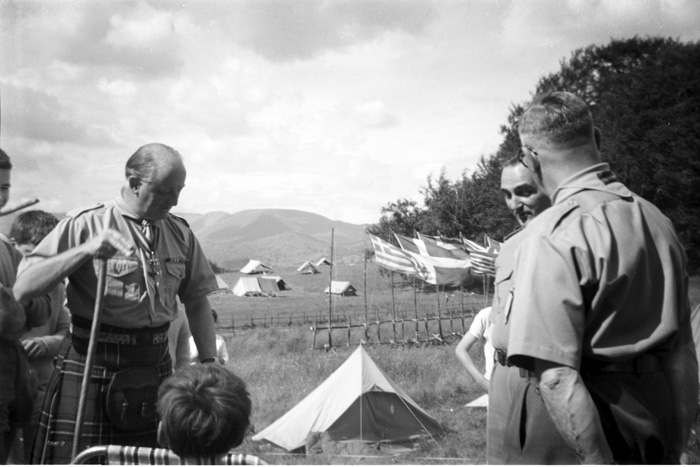 After several promotions within the Scout Association, Lord Maclean was appointed Chief Scout of the United Kingdom and the British Commonwealth;1g a position he would hold for 13 years (1959 - 1975).1h In 1967 Lord Maclean was recognized for his contribution to Scouting; he was invested as a Knight Commander, Order of the British Empire by the Queen,8 and was awarded the Bronze Wolf by the World Organization of the Scout Movement. The Scouts of Gillfalls (near Victoria Falls in Zambia) nicknamed him Masekaseka meaning Man who smiles.1a Their nickname suited Lord Maclean well as it captured an enthusiasm for people that served him well throughout life. 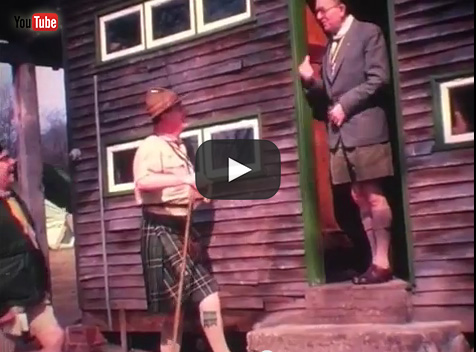 Lord Maclean modernized Scouting in many ways, most notably he made changes to the Scouting Laws, dropped the boy from Boy Scouts paving the way for girls in Scouting, and did away with the iconic baggy trousers.1h Lord Maclean was the last Chief Scout of the British Commonwealth. Upon leaving scouting in 1969, Lord Maclean was further honored with an investiture as a Knight, in the Order of the Thistle9, 10 in the presence of the Queen, the Duke of Edinburgh, and the Queen Mother.1h 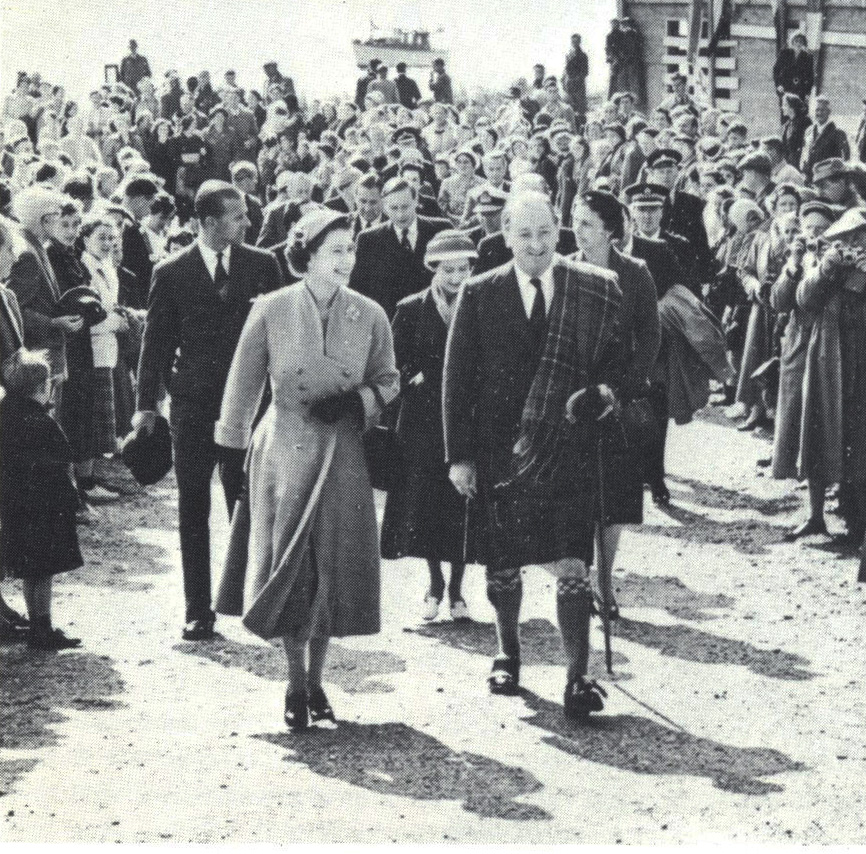 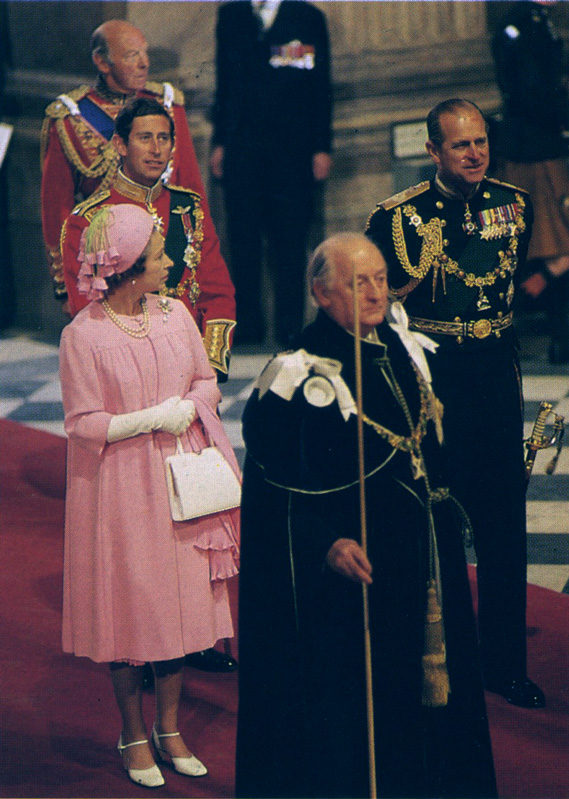 In order to carry out the duties as the Monarch’s emissary to the House of Lords and Chancellor of the Royal Victorian Order (the Sovereign's personal order of chivalry),1h Lord Maclean had to be raised to Life Peer; and thus on the 30th of November in 1971, Lord Maclean was invested as a Knight Grand Cross in the Royal Victorian Order.12 The next day (December 1, 1971) he was appointed Lord Chamberlain15 by Queen Elizabeth II.

As Lord Chamberlain, it was Lord Maclean’s responsibility to ensure that all ceremonial and public functions went well.1h The office of the Lord Chamberlain is also responsible for interacting with the House of Lords; the Lord Chamberlain himself serves as Chancellor of the Royal Victorian Order signing warrants on behalf of the Monarch.1h Lord Maclean also oversaw a wide range of other Household responsibilities including the Royal Collection of Art, the Crown Jewels, the Queen’s Swans, the Master of the Queen’s Music, and personally handled matters of protocol for foreign dignitaries visiting the queen.1a The day-to-day operations of the Lord Chamberlain's office was handled by the Comptroller of the Household.1h

Royal weddings were the purview of the Lord Chamberlain's office. Lord Maclean orchestrated the wedding of Princess Anne to Captain Mark Phillips in 1973, which was the first major royal ceremony to be broadcast on television.1i A decade later, Lord Maclean would orchestrate the biggest media event ever staged at the time, the wedding of the Prince Charles to the Lady Diana Spencer in 1981.

Six months into office, Lord Maclean was faced with the most delicate event he would have to manage, the funeral of Edward VIII, Duke of Windsor. After 40 years of exile in Paris imposed following the abdication of his throne, Edward VIII died in 1972. Though the nation had largely healed from Second World War, many still harbored a harsh sentiment toward their once king who had abandoned them at the beginning of war. As the Duke was still a member of the Royal Family, the funeral required the utmost tact and diplomacy.1i Lord Maclean handled the matter impeccably. Lord Maclean would also arrange the funerals of the Earl Mountbatten of Burma, and the Duke of Gloucester.1a Between weddings and funerals, Lord Maclean also oversaw the more regular events such as the annual garden parties at Buckingham Palace and Holyroodhouse.1a He also arranged the Queen’s Silver Jubilee. 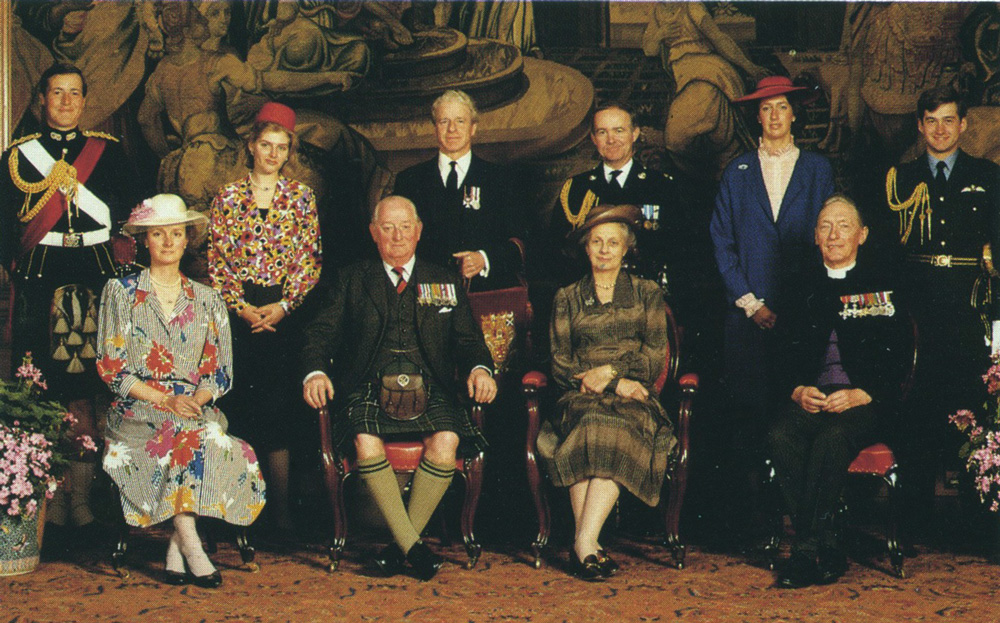 During his final official meeting with Queen Elizabeth II as her Lord Chamberlain, Lord Maclean returned the Lord Chamberlain's Wand of Office, the Queen gifted it to him as a memento of his service.1h Though a ceremonial symbol today, the Wand of Office was once used to keep unruly members of the court in order. In appreciation of his service, the Queen awarded Lord Maclean the Royal Victorian Chain17 and appointed him Chief Steward of Hampton Court Palace.18 Lord Maclean was also twice appointed Lord High Commissioner to the General Assembly of the Church of Scotland, first in 1984 and again the following year. Until the Scottish Parliament convened in 1999, the General Assembly was the closest thing to a national assembly in Scotland since the Act of Union in 1707.1b In all Lord Maclean served as Lord Chamberlain for 13 years (1971-1984).1b

Lord Maclean died at age 73 in his home, Wilderness House at Hampton Court Palace, on the 8th of February in 1990. Upon his death, the baronetcy and chiefship passed to his son, Sir Lachlan Maclean. 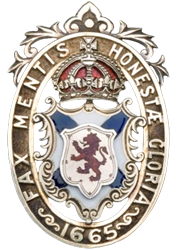 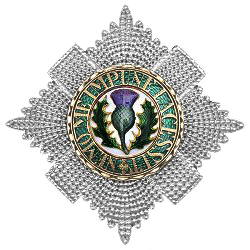 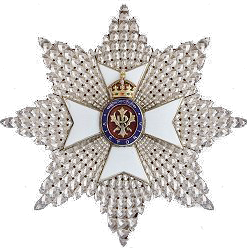 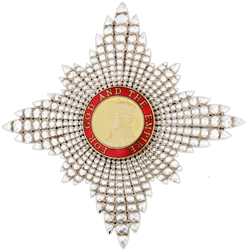 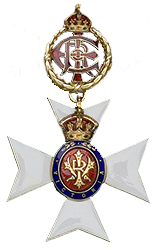